You may or may not know this, but keeping your parking lots safe is extremely important. In case you own a business, you might already know how useful it is to have security guards around your property, but parking lots around it should be included as well. The research has shown that one in ten property crimes takes place in parking lots or inside garages. In addition to that, more than sixty thousand people get injured, and around five hundred get killed because of car crashes in parking lots. Are you more aware of the safety of your parking lot now? If you are, it’s the right time to hire parking lot security guards for your property.

They will make sure your employees and customers feel safe

They will make sure that parking lot rules are strictly followed

First of all, car accidents in parking lots happen because people feel too relaxed while driving around them. Some of them drive too fast; others drive slowly but still use their phones to surf the internet, take pictures, send messages or make calls. You can tell how dangerous that is since their attention is focused on anything but the traffic. They’re not able to react quickly nor notice smaller objects. In addition to that, people tend to rely on their backup cameras that sometimes can’t identify certain things. People don’t take parking lot traffic seriously and usually ignore stop signs, drive in the opposite lane, etc. However, if they see a security guard patrolling around, they’ll surely pay more attention to their behavior.

Also, they’ll make sure that only handicapped people park in accessible parking areas and that no one parks on the fire way. 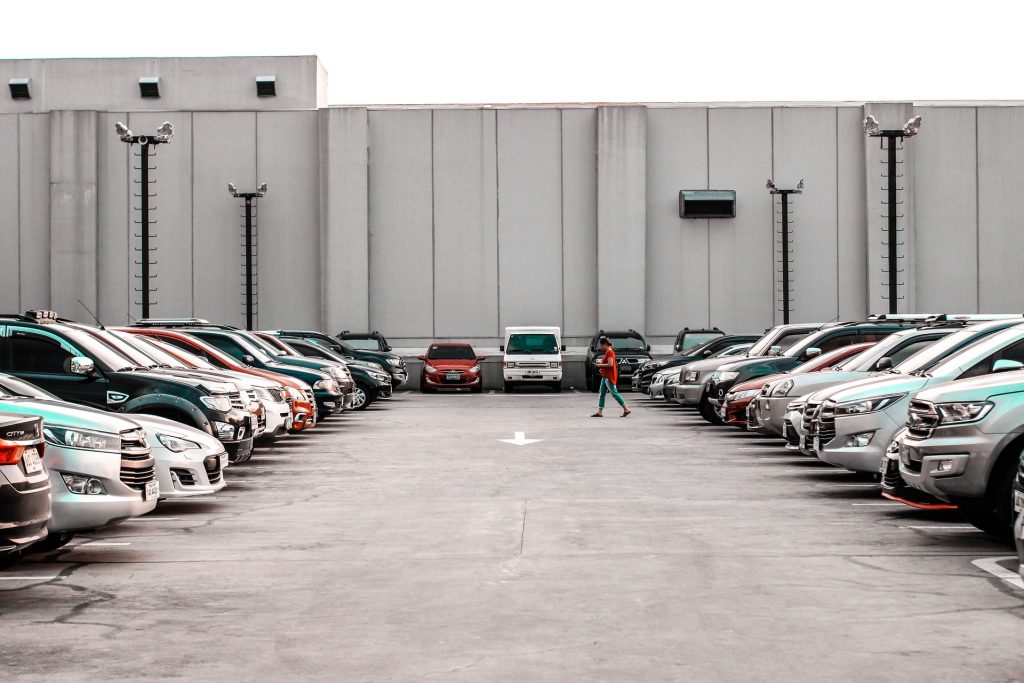 They will deter vandalism and theft

Abandoned parking lots are the number one targets for thieves. They can come in the after-hours, take what they want and then disappear into the night. But, if they happen to see security guards in their uniforms, they will think again. Realizing they can easily get caught makes them insecure and shows that you are serious about securing your premises. Not only will they get caught after committing a theft, but because security guards are trained to recognize suspicious behavior, they also prevent crimes. Keep in mind that thieves steal cars and what’s inside them but can also snatch purses, vandalize the place, and even commit abductions. Car lots are also praised among drug users, who may leave discarded needles around the site. Security guards perform foot and mobile patrols, ensuring that each corner of your parking lot is safe at all times.

Not only will they offer security guard patrol services, but they will also advise you on what you can change to improve your lot’s safety. For example, they might propose you get better lighting or implement video surveillance. If you do so, they’ll also be the ones monitoring the cameras. They’ll probably advise you to put warning signs around the place (such as “Video surveillance”), which will help deter potential violators. However, not all violators will back down when they see cameras, and some of them might think that no one is actually watching them. So, it’s best to pair your video surveillance with an audio speaker so that the guard can alert people that they’re being watched. With all this in mind, you can rest assured every night, knowing that you’ll find your parking lot exactly how you left it.

As you can see, several serious problems might occur in your parking lot, but a straightforward solution fits them all. Hiring parking lot security guards will help with your business maintenance and help you save money in the long run. Keep in mind that thieves and other vandals come to parking lots at night, do the damage, and then disappear, leaving you to pay for their mess. When it happens, sometimes even the police are helpless because of no evidence left. On the other hand, security guards can easily catch wrongdoers during their random patrols, react instantly and contact the police. That way, the criminals won’t get away with anything, and your losses will be equivalent to zero.