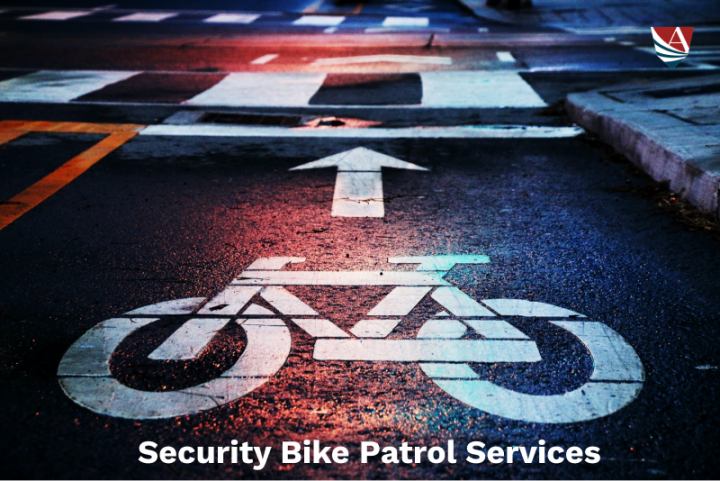 Security bike patrol is efficient and cost-effective. It enhances your security department because the agents cover a wider area. They save more time than when they are on foot. The security officers identify issues faster when they make more rounds and interact with the public and the environment. We present to you the roles and benefits of security bike patrol services.

The security guard patrol can access car-free zones like around walking paths to respond to emergencies. The increased cover allows the security officers to act fast and monitor the surroundings. It helps develop a positive relationship with the public to eliminate negative perceptions about the security department.

These are the roles of security bike control services.

It would be best if you had security guard patrol to check the exits and entrances on their bikes frequently. The security guards on bike patrol improve security because they watch entrance and exit surroundings. For example, they can spot suspicious people who manage to penetrate the entrance security.

Security bike patrol service helps to identify signs and objects that appear displaced. It can be simple things like broken, missing, or open windows and doors. They are vital signs that show that there might be an intruder in a building. Officers can also work as parking lot security guards.

Security guards on patrol interact with people and observe their behavior. Meeting more people on bike patrol makes their work more effective. They identify suspicious people, for example, if they are nervous. There are other safety issues to isolate, such as the use of slurs which might lead to trouble.

Emergencies are inevitable and can be health-related, fires, or crimes. Security bike patrol officers can identify emergencies and respond. Quick action is vital to handling an emergency. The bike patrol agents improve the awareness level and tighten the safety protocols.

They are less intimidating

Patrol vehicles can be intimidating, and people might not be willing to interact with the security guards. Security bike patrol creates a welcoming picture. It develops a positive relationship between the people and security officers. Negative perceptions in public about vehicle patrol include long waiting times, double parking, and flashing lights. They lead to a disjointed relationship with the public.

Security bike patrol revolutionizes the security department by giving it a positive image. Bike officers interact more with the public than those on vehicle patrol. A neutral relationship with the public helps stay more informed about safety issues.

It leads to a service- oriented approach

Bike patrol increases the interaction between security agents and the public. The people benefit by asking about parking information, directions, and legal matters. The connection helps to drop the perception of security officers. For example, a person might believe that a security officer will interfere with their tasks. The trust between security patrol and the public develops a relationship that will help improve security.

The constant presence of security bike patrol intimidates lawbreakers. The typical perpetrator looks out for security squad cars. Bike patrol catches them by surprise because they are difficult to spot. The security department will have the upper hand in dealing with crime.

People can report security issues to bike patrol officers. An organization can adopt a relaxed golf-style dressing code. It is an advantage to ambush criminals unaware. It creates a welcoming look for the public.

The security bike patrol can access areas where vehicles can’t. It is an advantage for a swift response to emergencies. It is common to have car-free zones around construction areas, buildings, community apartments, and parks. Security bike patrol personnel access such areas fast. They also access crowded areas, for example, when there is an event.

The security officers on bike patrol can use their smell, hearing, and sight cues to watch an area. It is an upgrade to when they are in vehicle patrol. For example, a bike patrol officer can hear sounds in buildings and bushes. They can also smell gas leaks or smoke before there are notable signs.

Bikes are cheaper to buy and maintain

A loaded patrol bike with all the security guard equipment will last for years before purchasing new ones. Bikes maintain a low carbon footprint because they do not run on gas but on human power. The bikes also use less parking space.

The bike patrol officers become fitter and healthier. It reduces the donut jokes about security officers, which boosts the department’s image. Training forms part of the operating costs; it is a one-off payment for officers to learn advanced riding and cycling techniques. The cost will only arise when there are new officers.

Cyclists are more welcoming to bike patrol officers. They can respond better to issues about their cycling behavior. They also enjoy the collaboration because the officers help them prevent bike theft.

The relationship between cyclists and security officers is usually a complicated one. Bike patrol officers improve their connection. Cyclists can also take part in providing information to the security department.

Take your safety to the next level with Alert Patrol through security bike patrol services. The company is ready to offer you high-quality, professional security services to cater to your needs. We commit to helping law enforcement improve public safety while protecting your assets. Our staff has the expertise to prevent criminal activity through modern and advanced methods. Get in touch with us today to inquire about our services.